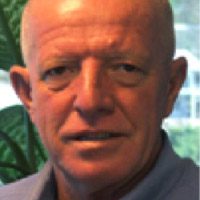 Arrived in PNG in 1967. First taste of surfing (after the freezing waters of Bass Strait) was at Hula in 1968 after an eight-hour drive in a dilapidated long wheelbase Land Rover along with three mates and what were then almost antique long boards.

Later had the utmost pleasure of living and working in Milne Bay and had a number of good to average sessions at unnamed spots in the Louisiade Archipelago between Misima and Tagula, then on to Mukawa on Cape Vogel and Kitava on Kiriwina (during a mini cyclone)

Moved into Port Moresby in 1972 and with Peter Mortimer, Tim Towers and Terry Anderson started to realise the potential of the Main Reef (coincidentally where todays Spot X is). As we were into water skiing transport to and from the reef was always available.

I would be unable to guestimate the numbers of trips out to the reef over the years as some occurred both before and after work whilst others happened during work.

Have also had the pleasure of surfing Wewak breaks on numerous occasions during the late 70’s (also during work trips), Lido out of Vanimo, north coast of Madang with James Cassell and the totally unpredictable and bone jarring trips to Hisiu in the early 90’s.

I had the honour of accompanying the PNG contingent from Lido village who represented the country in the Inaugural South Pacific Indigenous Surfing Comp held at Tavarua (Cloudbreak and Restaurants) in Fiji during 1997(?)

I remain sincerely impressed with the efforts put into getting surfing on the PNG tourism map by the current and previous members of the SAPNG. A group of focused individuals who have uniquely combined their passion for surfing for the betterment of the country as a whole.

In surfing terms ” the best has yet to come, tomorrow will be better than yesterday”.